(BLOOMSBURG 8-24-22): The Tezos All Star Circuit of Champions presented by Mobil 1 rolled into Bloomsburg Fair Raceway on Wednesday for a $6000-to-win main event which was part of the ASCoC Tri-State Summer Swing and scoring his second straight and series leading seventh win of the season was Monrovia, Indiana’s Justin Peck. In the accompanying […] 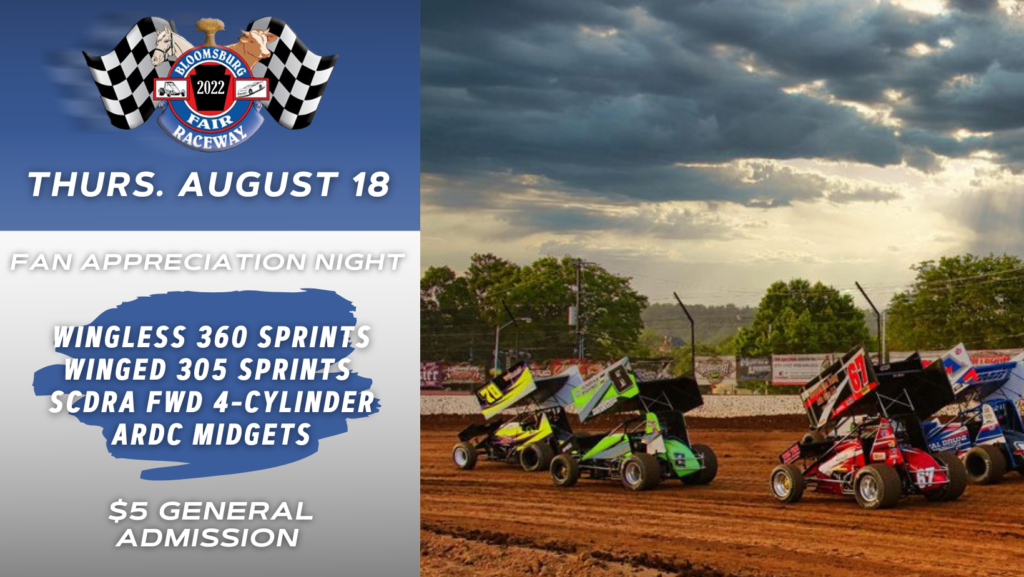 (BLOOMSBURG 8-18-22): It was Fan Appreciation Night at the Bloomsburg Fair Raceway and with a general admission price of just $5 patrons were treated to a great four division program of both open cockpit and stock car action at the 3/8-mile dirt oval. Briggs Danner of Allentown captured the nonstop USAC East Coast Sprint main […] (BLOOMBURG 6-18-22): The All Pro SpeedSTRs and NY/PA IMCA Modifieds joined in with the USAC Sprints as part of the finale of the Eastern Storm tour at the Bloomsburg Fair Raceway to make for a well-rounded Father’s Day evening at the 3/8th mile dirt oval at the historic Bloomsburg Fairgrounds. Billy Pauch Jr., of Milford, […] (BLOOMBURG 5-19-22): Max Blair had this weekend circled since joining the World of Outlaws CASE Construction Equipment Late Model Series. Thursday night at Bloomsburg Fair Raceway was his first chance to bring his home state fans to their feet—and he delivered. The Centerville, PA driver thundered past pole-sitter Jeff Rine on Lap 1, leading all […] (BLOOMBURG 5-19-22): Austin Reed of Etters scored a rousing win in the 305 Sprint feature Thursday night at Bloomsburg Fair Raceway in a race that provided plenty of action and drama throughout the 25-lap distance. From start to finish there was excitement taking place all around the 3/8-mile dirt oval and much of it centered […]

(BLOOMBURG 4-21-22) Early into in the afternoon on Thursday officials at the Bloomsburg Fair Raceway where facing a situation of yet another dreary forecast and could it impede the night of racing planned, especially with so many teams from across the country in town for the Tezos All Star Circuit of Champions presented by Mobil […] (BLOOMSBURG, PA. 4-14-22) The Bloomsburg Fair Raceway got its 2022 season underway with the Rapid Tire USAC East Coast Sprints presented by Capitol Renegade Custom Coaches & Trailers on hand with a set of twin features. The event was originally slated as a 25-lap main, however, due to a lower than expected car count officials […] 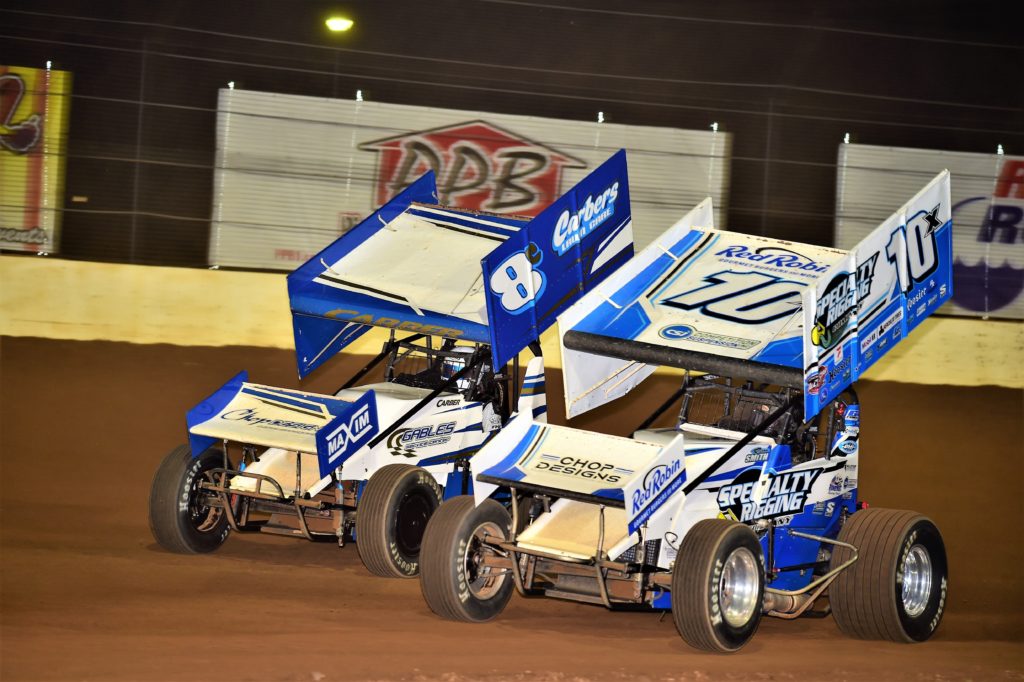 (BLOOMSBURG, PA. 4-14-22) Mark Smith of Sunbury has raced and won at many Sprint Car tracks both locally as well as across the country. On Thursday evening he added another speedway to his long list of winning accomplishments when he drove to victory on Opening Night at the Bloomsburg Fair Raceway with the United Racing […] 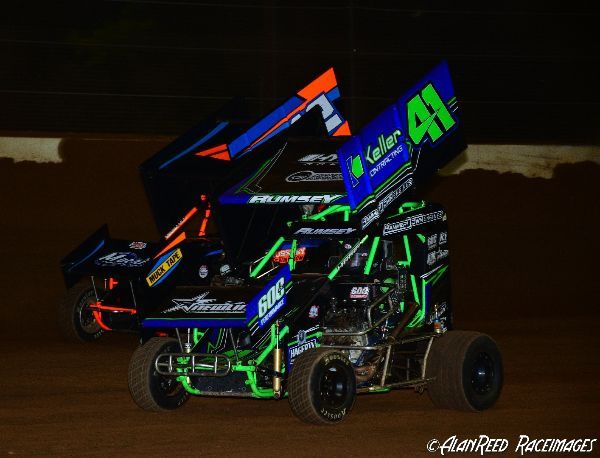